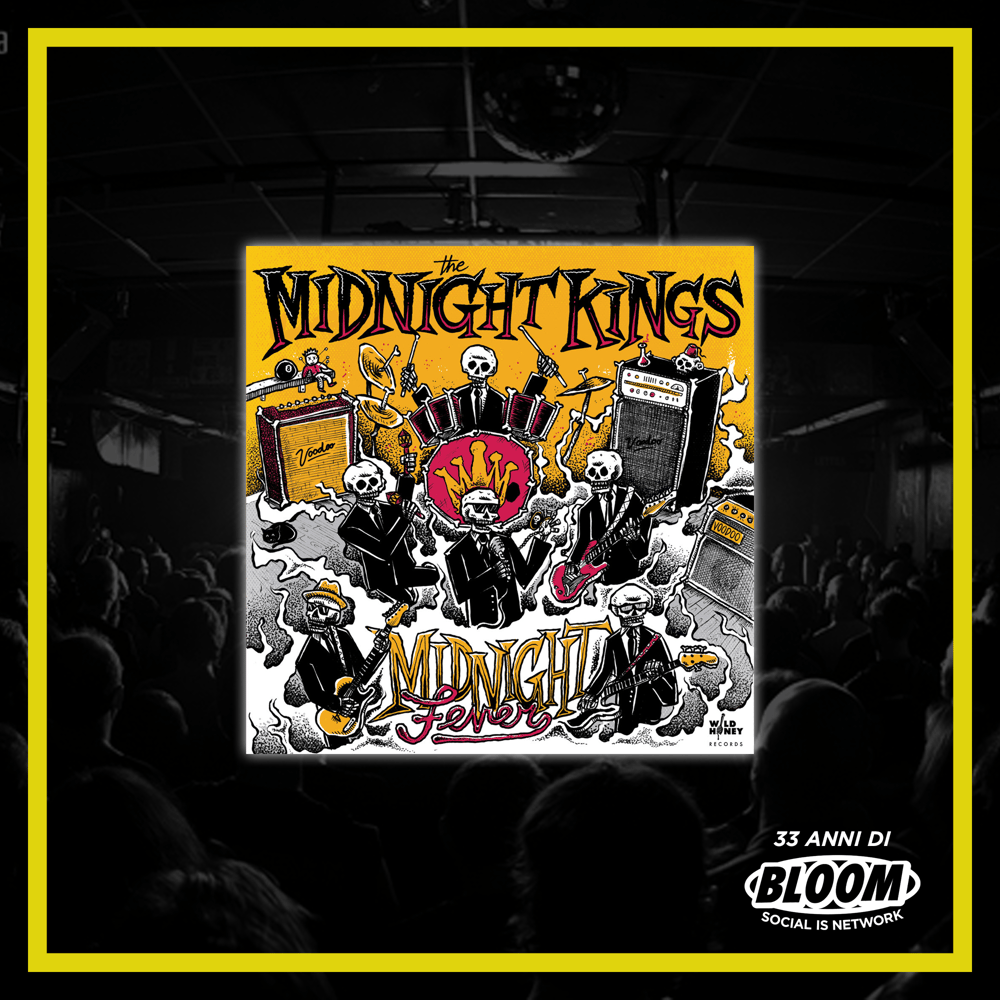 The Midnight Kings play real rock and roll, irresponsibly mixing good old rhythm & blues with the youthful urgency of early garage punk. Did someone mention the Sonics? Dubbed "The Band Of
A Thousand Dances", the Kings’ only goal is to make everyone dance. Until their shoes start to
smoke. And for as long as their legs can hold out.

"Midnight Fever" (Wild Honey Records / Folc Records) is their second album, where tasty covers such as "The Killer" (Jerry Fuller), "King Kong" (Big "T" Tyler) and "Primitive" (the Groupies), are flanked by the band’s original compositions, already greatly adored by their numerous loyal fans.
The frantic rock & roll associated with the late '50s and early '60s remains the main source of inspiration for these blue-blooded street urchins, but their sound is now enriched with the rough energy of mid-sixties garage punk, electric blues and soul music. Excited? So you should be!
Every Midnight Kings show begins with the same question: "Are you ready to dance?".
Needless to say, the answer is always an enthusiastic "Yes!". Thanks to "Midnight Fever”, the temperature on the dance floor is set to rise. Very high.